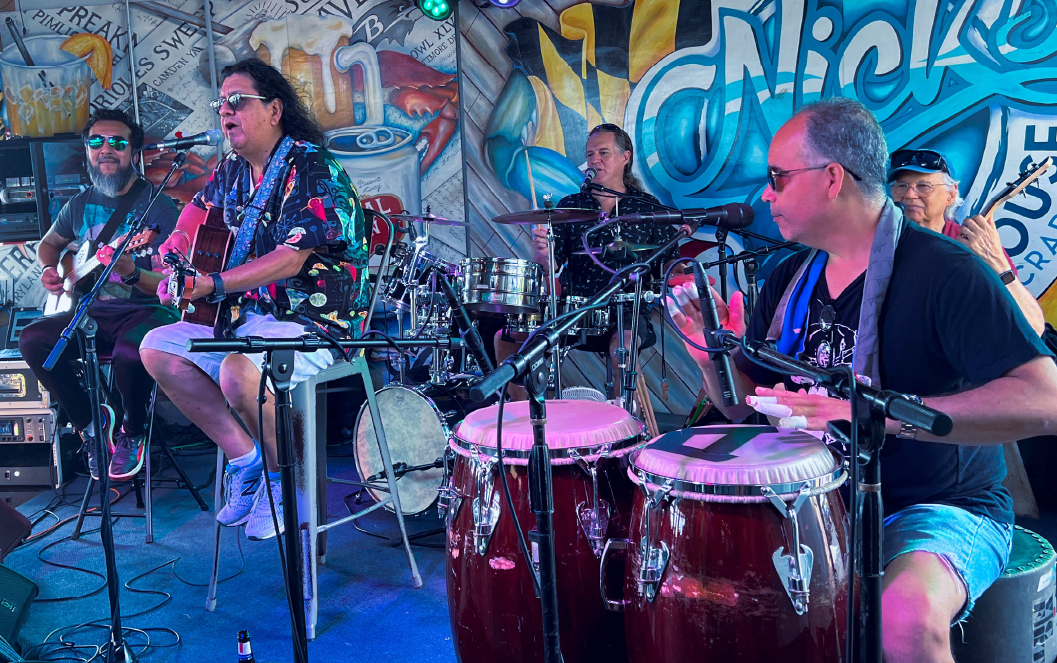 At the age of 10, Patrick Albán began playing his passion of playing the acoustic guitar. By the age of 12, he won in the 3rd Annual Christian Festival in Guayaquil, Ecuador. Competing against some of the best Christian bands in the country, Patrick placed in 1st and 5th place, with two of his original songs.

At the young age of 16, Patrick moved to the United States. Attending Peabody Institute of Music in Baltimore, Maryland at the age of 20, Patrick aspired to become a musical creation in Spanish and English.

His music today is a combination of Latin and acoustic rock with a touch of salsa and a South Beach feel. His repertoire includes Brazilian sambas, Cuban music, tangos, boleros, salsa, blues, Gypsy Kings, and The Buena Vista Social Club, just to name a few. His talents for musical language include singing in English, Spanish, Gypsy and Portuguese.

With the help of the best musicians in the Baltimore-Washington D.C. area, Patrick has produced four albums; 2 albums, in 1997, a Spanish Christian album, “Tu Canción Señor” and one in English “No More 22’s”. His CD “Patrick Albán and Noche Latina” was released in October 2001. This musical work has a Latin-Spanish beat and features Juan Cheito Quiñones, a back up singer and percussionist for The Gloria Estefan Band and The Miami Sound Machine

In 2006 Patrick and his band released the much anticipated new album "Ojos Verdes" with the collaboration of the best musicians around and some new surprises and again with the collaboration from Recording Artists Juan "Cheito" Quiñones and the great Edwin Bonilla (The Miami Relatives) both members of The Gloria Estefan Band and The Miami Sound Machine, Edwin is one of the most reconcilable salsa artist in the world.

Patrick Albán and Noche Latina were nominated in 2000 and 1999 by WAMA (Washington Area Music Association) for Best Latin Band and Best Latin Vocalist. They also performed live at the 2000 WAMA awards ceremony, which was covered by the Washington Post as well as Public Television.

Patrick has been involved in producing a few of Baltimore’s local artists, including Brian Jack, formally a member of “Child’s Play” in the making of “Collage”, Brian’s solo album. Patrick was personally involved in the song, “Still Strong”, which he originally wrote and played acoustically for the “Collage” album. “Still Strong” was re-released by Patrick himself on his 1997 album, “No More 22’s.”